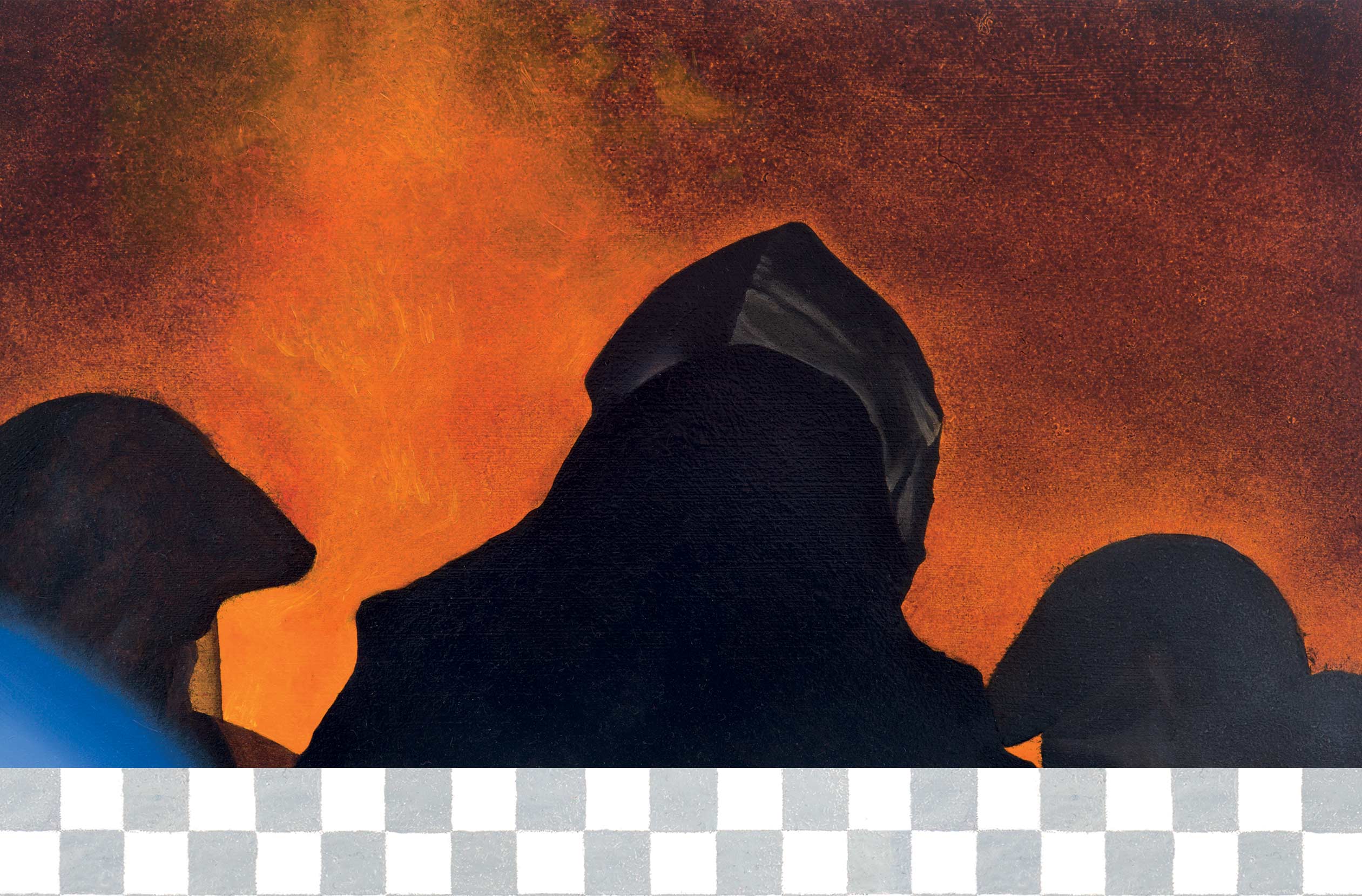 As the latest guest artist for EDWIN, Jules expands on the work that he originally produced with the record label, Dawn Records, commissioned by Florent Hadjinazarian, including two paintings portraying the destruction of fire.

Living and working in Bagnolet (Parisian suburb), Jules Cruveiller has developed a commitment to the practices of experimental cinema, painting and drawing. His pictorial and graphic research is based on the use of pre-existing images as a raw material. He tries to question the different laws of images, their ethical, philosophical and poetic scope.

As the latest guest artist for EDWIN, he expands on the work that he originally produced with the record label, Dawn Records, commissioned by Florent Hadjinazarian, including two paintings portraying the destruction of fire.

For Spring/Summer 2019, Jules focuses on forest fires in Corsica and Portugal. The perfect way to pay tribute to the affected populations but also highlighting the way in which these photos are staged, to show the romantic anchoring of these images and to bring the attention to our representation of fire.

This triptych called 'Distance', refers to the point of view of the photographer, as well as the photographed subjects and the function as a film sequence, successively presenting three points of view. We are gradually approaching the flames.

Recent media forcing the old guard to reinvent themselves, Jules seeks to define the status of the painting, vis-à-vis, the digital imagery. He confronts them in hybridisations by using a white/grey checkerboard, the digital manifestation of the void.