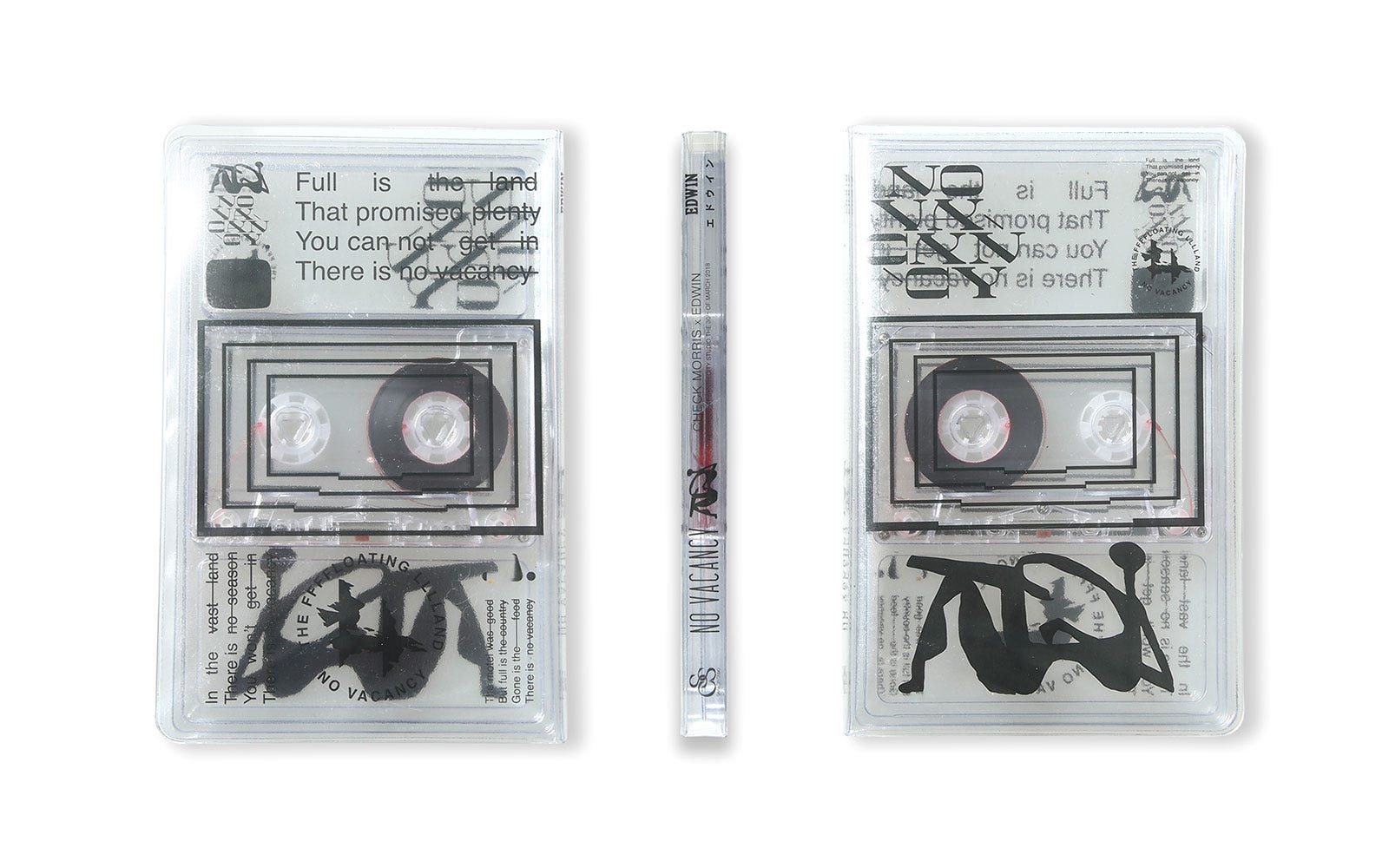 Welcome to the world of Check Morris - a Paris-based graphic design studio specialising in art direction, typography and one-of-a-kind illustration. Founded in 2004 by Nicolas Motte and Mathias Pol, the duo focus on an eclectic variety of media including music, cinema, art and advertisement.

For Spring/Summer 2019, EDWIN welcomes the "NO VACANCY" guest artist series - an evocation of a vanished civilisation, ours.

To accompany their mind-expanding designs, they have also prepared a mixtape that transforms their visual concept into sound...

Too good not to be broadcast, the analog sounds of the mixtape have been released online. Be ready for an hour-long laidback musical ride that grooves edgy while staying catchy, providing music for dreamers, creative minds and people who like to escape the world with sound.