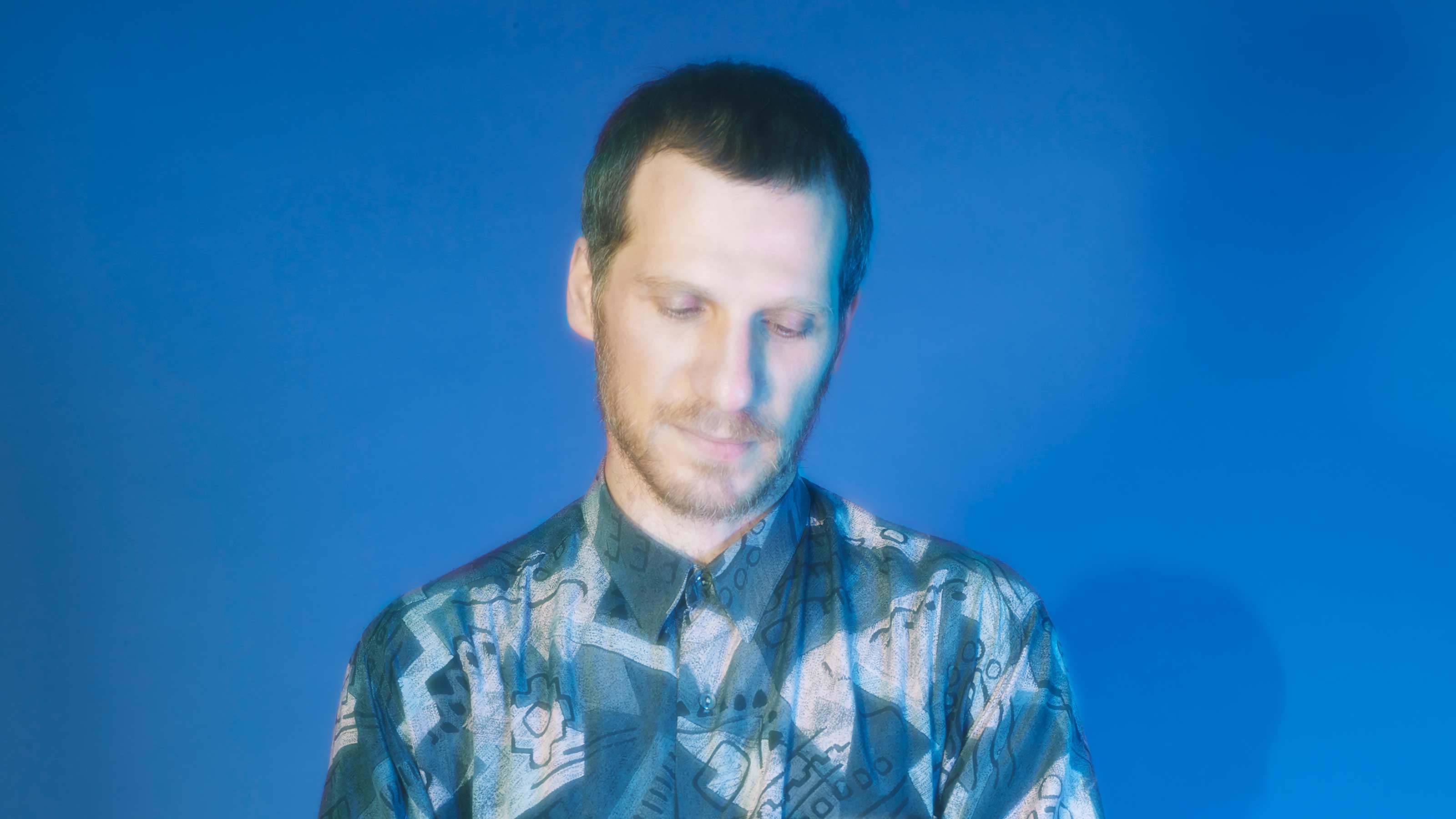 This month we welcome French producer and DJ, Krikor, a man that has been recording and releasing unique music since the late '90s.

As a sharp, rough, intuitive producer, Krikor established himself on the scene with aliases including Crackboy and Docteur Satan with his very own sound of many faces, releasing tracks on labels like Tigersushi, L.I.E.S., Editions Gravats and self-releases via Bandcamp.

His music unfolds in diverse directions, writing pop-influenced Electro-Folk as well as producing imaginary film scores, melting ambient, disco and dub spheres with Chicago house and cinematically driven synth grooves. In order to take a deeper look into the Krikor universe, we asked him a few questions about his mix for the EDWIN Music Channel and his recent artistic adventures.

Q: Hey Krikor, how and when did your love affair with music start?

A: My interest in music came at an early age, I was always surrounded by music in my dad’s store, mostly disco and funk stuff. My own taste built up mainly from movies, horrors and sci-fi flicks and the discovery of Prince when I was around nine or ten. They were my main influences, but apart from that you could say the likes of John Carpenter, Alan Howarth, Brad Fiedel, Harold Faltermeyer, Alan Silvestri and Fabio Frizzi, (all B movie stars and big classics from the VHS store) were the big blast for me. Then came “Purple Rain”.

As far as making music, I was a late bloomer, it was only when I turned 18 that my aunt bought me a bass guitar and I started making music, I discovered the sampler when I was into hip hop…

Q: From the Dead Hillbillies to “Céfran Riddims”: how would you describe your artistic journey since 2009 and how did it change in terms of style and mood?

A: I released my first music in 1996 and at the time I would only make music with an Atari computer for midi and a sampler S950, then an Ensoniq ASR10, so a lot of things have changed since then. The 2009 Dead Hillbillies album was more of a pop object, compressing a lot of the music I had been listening to until that time and it was also a moment where I cut myself from the club scene, I had integrated a lot of technics and this was a way I could push my sonics even further.

The “Céfran Riddims” are not so far away from my early releases as I was into dub and Dancehall when I was younger, going to parties and concerts when I first arrived in Paris. It’s a style my heart always fell for, I can always come back to it, and also lovely music to produce, stripped down. Here it is diverting from the original style as there are no vocals on it and actually there isn’t that much room for a vocals…

Q: Can you tell us a bit about your different projects, like your work on L.I.E.S, Records? The OSTs and the self-released material on Bandcamp. What was special for you in all those projects?

A: Those records are not so different, all tracks were done pretty fast and even though my album “Pacific Alley” is not a soundtrack, it was composed as one, with a lot of images in mind, those of a decrepit West Coast life. Working on movies and documentary is very fulfilling, especially when the subject is good. On the “Saudi” soundtrack I could push things to the dark side and keep that almost eerie feeling that totally fits the “Saudi” state. The “Building Arnold Schwarzenegger” OST was reminiscent of the “Pacific Alley” album in some parts but mainly it was the opportunity to say thanks to all those movies I worshipped as a kid. It was just like picking up images of my memory and using them directly as I wrote most of the music before the documentary was in the making.

Whatever the music I’m making there is always a part of me in it, even if it is for some brand or some commercial, I see it as being an actor, you impersonate things but there are always some emotions or feelings you are going to dig in yourself, sometimes it can be subconsciously. The self-released material on Bandcamp varies, I did a trilogy of tapes, one was more ambient, one more house and the last one was on a harder edge, but there was a common feel to all the releases, as they were visually and musically connected. It would be nice to have a wax version of some of the tracks, I received messages about that, it might happen. I also released the “Building Arnold Schwarzenegger” myself as a tape.

Q: What are your future plans as a producer?

A: I’m working on a few new projects, some old-school, some not. I have releases due on L.I.E.S. Records and there will also be a vinyl release of the “Building Arnold Schwarzenegger” OST that I released on tape in 2019.

Q: What does your mix for the EDWIN Music Channel represent for you? Some deeper shades of your soul? Music, that mirrors the signs of our times?

A: That mix reflects the music I’m into lately, I’m always buying new music, and also rediscovering things I had forgotten about. Even though I just sold a big part of my record collection, my mind is still in good shape and I can remember periods and records, but I’m more excited to find new things, I’m not nostalgic. I don’t buy vinyl anymore, I like the media but I tend to dislike owning things with time, the same goes with the studio equipment, I have no problem separating with things, I only see them as a means to create, once they are not used enough anymore they can go. Now I buy a lot of music on Bandcamp, it is a great way to discover things, I hope it will stay like this for sometimes, it’s so different than the horrible iTunes or even Beatport that has grown into a joke.

Q: You live in Paris and you are part of the club music scene since the '90s. How did the scene change over the years and what makes the contemporary scene in Paris and France special and singular for you?

A: I don’t go out as much as I used to, but still I like the new scene, parties like “Fusion mes coquilles” are great. The big change in 2010 was the kids making parties outside the club scene, which sucks here, except maybe for a place like Petit Palace and La Java which can be fun. The club scene in the 90s had a downer side, due to the places, the attitude of the people owning it and the security crews, I have witnessed horrible things in the past, hopefully, it is better now.

Q: What’s the most inspiring recent music you have listened to?

A: Two much good music, I could not choose one, I like the fact that nowadays you can go wild on the styles and people will follow, at some point, people just wanted to hear a f***ing highway of sound, it was quite boring. It still exists but many kids don’t care for that.

Q: What records from the past are important to you?

A: There are way too many records to answer that question, hundreds and thousands, almost all the records I bought in my life were important to me. Also, I love many styles, from Punk to Ambient. I could give a few names, in electronics, for example, Anthony Shake Shakir, Marcus Mixx, Ron Hardy. There are so many in dub like Lee Scratch Perry, Joe Gibbs, King Tubby, Mikey Dread, Mad Professor, Adrian Sherwood, and it is way too hard to choose records.

Q: Can you name us artists that should have collaborated for a better world?

A: I would have loved a record with Prince and Lee Scratch Perry made in 1983. A good mix of control and insanity. Prince is gone so that one won’t happen.