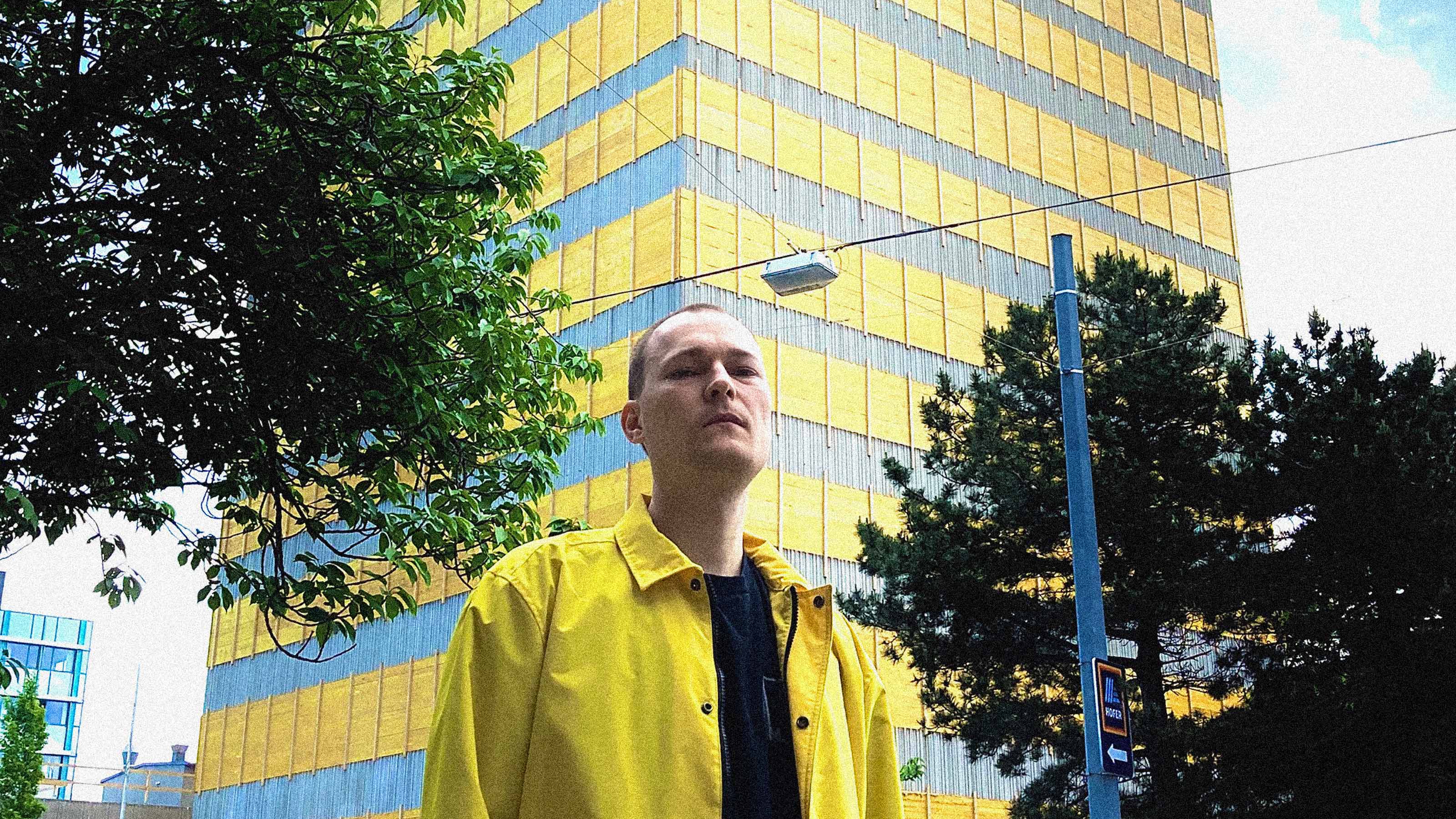 Next up on the EDWIN Music Channel, we welcome the “Balearic Lovesong Collection” from Florian Stöffelbauer aka Heap, a vibrant musical activist of Austria’s capital, who co-runs the influential label Neubau alongside local producer, Bocksrucker.

For the EDWIN Music Channel this month, Heap documents the sunnier, warmer side of his musical taste with a melodic, funky Balearic swing, featuring unhailed gems from largely unknown Austrian and German pop artists from the '70s and '80s such as S.F.2 and Gruppe Robby, German bassist, Werner Vogt and mysterious projects like Prinz & Prinz, Bong, Montevideo and Weltpremiere, who deliver their romantic fantasies about love, wealth and the simple serenity of being with dream like, German vocals.

To find out how Heap came up with this rare-grooving mix of pop oddities, what made him get into music and what is next on his label, read our short, sharp interview below.

Q. Hello Heap, How old were you and when did your love affair with music begin?

A. My mother is a very musical person, so I was raised with kind of a focus on music which leads me to start playing the drums at the age of seven. By that time, I was already in love with music. Later as a teenager, I was diving into the world of Grunge with Nirvana, checked out some 'shock-rock' by Marilyn Manson and became a total reggae head when I turned fifteen. This was the time when I visited festivals on a regular basis in Summer.

After I finished school I stopped playing the drums at the music school too, as I planned to move to Vienna where I couldn’t take my drum set. In order to be able to keep up with a musical hobby, I started collecting records, which I excitedly did in the first two years in Vienna until friends pushed me to play records in front of an audience. Suddenly I was considered a 'DJ' - which I never really liked since I was just playing my favourite music in front of some people. At that time, I didn’t have any of the essential skills that are important for a DJ, I just had the music and the technical skills.

It was only around five years later I fully understood what it meant to be a 'DJ' and how every little counts when you want to 'perform'.

Q. What’s the story behind your alias Heap?

A. There’s no story, I just decided to go with 'Heap' as an alias because I thought it sounded cool. Today I would probably link it to my heaps and piles of records at home. ;-)

Q. You co-run the Vienna-based label Neubau. What’s the story behind the imprint and what's in the pipeline?

A. You can find the answer on why and how we started the label in previous interviews, but as for future plans we are just evaluating the current situation and rescheduling the releases. Next up will be an EP by Canadian artist, Bunzinelli.

Q. As a producer you have released EPs on labels such as ESP Institute, Mechatronica White and your own imprint, Neubau. Do you have any new music coming soon and is the dancefloor always the centre of your vision when you produce music?

A. I recently contributed tracks to compilations by Random Numbers and Ears on Earth and River Yarra’s Super Utu. Additionally, I finished some remixes for OPENTHENEXT (already out), Mechatronica White and Betonska Basta. Soon I will be working on a remix for Fasaan Recordings.

In the little time I can spend working on music due to my full-time job, it seems I always have to release some tension which leads to more energetic tracks. Even though I’m never planning on producing music just for the dancefloor, sometimes the outcome works well in the venues. Personally I would love to have more time working on something more experimental, exploring the possibilities of rhythm. In the medium term, I’m planning on putting together a conceptual album, hopefully I can make a start this summer.

Q. You did a fantastic edit record for The Brasserie Heroique, the sublabel of Berceuse Heroique. Do you regular do edits and what do they mean to you? When and how do you decide a tune is worth for an edit?

A. I have an ambivalent relationship to edits. I do edits when it improves the quality or 'usability' of the music (based on my taste). Many files in my digital collection have been edited to make them more 'playable'. The problem with releasing edits is that the editing artist gets the attention for something that he/she didn’t create, which I only really thought about after the Brasserie Heroique edits EP. Some artists are mostly using edits to generate this attention for themselves, without the permission of the original artist(s) (or rights holder). These days I’m more excited about forming my own sounds.

Q. Your mix for EDWIN is called 'Balearic Lovesong Collection“ and features a lot of music by musicians from Austria and Germany, whose music is not generally considered as Balearic. What’s the story behind the mix and what mood were you in when you produced the mix?

A. While putting the mix together I realised that most of the tracks I included have a common vibe and I was looking for a term to put this vibe into words. I came up with 'Balearic Lovesongs' because I felt like I drowned in love while lying on the beach. Most of the 'post-disco' tracks in the mix sounded way more tropical than the temperate climate zone they were recorded in.

Q. As a DJ, producer and label runner you must be well connected to the contemporary music scene from Austria and Vienna. Can you tell us what makes it special and who are some fresh young Austrian artists to look out for?

A. Two labels highlighting artists from Vienna you should have on your radar are Goldgelb Records and Westbahn Records. My dear friend Luca Carlotta just released his first track on the Goldrausch Wien Sampler out on Goldgelb Records - highly recommended!

Q. What records from your past have influenced you?

A. Two records that have shaped my taste for sure are 'Hypnotize' and 'Mezmerize' by System of a Down. Also the Soundtrack of 'The Beach' definitely had an impact on my way to electronic music, as well as Chrome, the early side project of Austrian drum & bass heroes, Camo & Krooked.

Q. In your opinion, what track, EP or album has been been unfairly slept on the past month?

A. The latest LP on General Purpose, 'Neka Neka' by Ex Ponto. The whole LP is just sooooo good!

Q. The COVID-19 pandemic had a massive negative impact on the global club music scene. How do you see its future and what will change in your opinion?

A. I see already some changes happening, changes that hold the underground electronic music culture back from getting eaten entirely by the monster that is capitalism. No one can see that some online magazines, agencies, labels and festivals are run in the most opportunistic way possible.

However, I don’t know what the future will bring. I hope this time will teach our scene some humbleness. The main goal should be equality on all levels. At the end of the day it should be more about the music too.