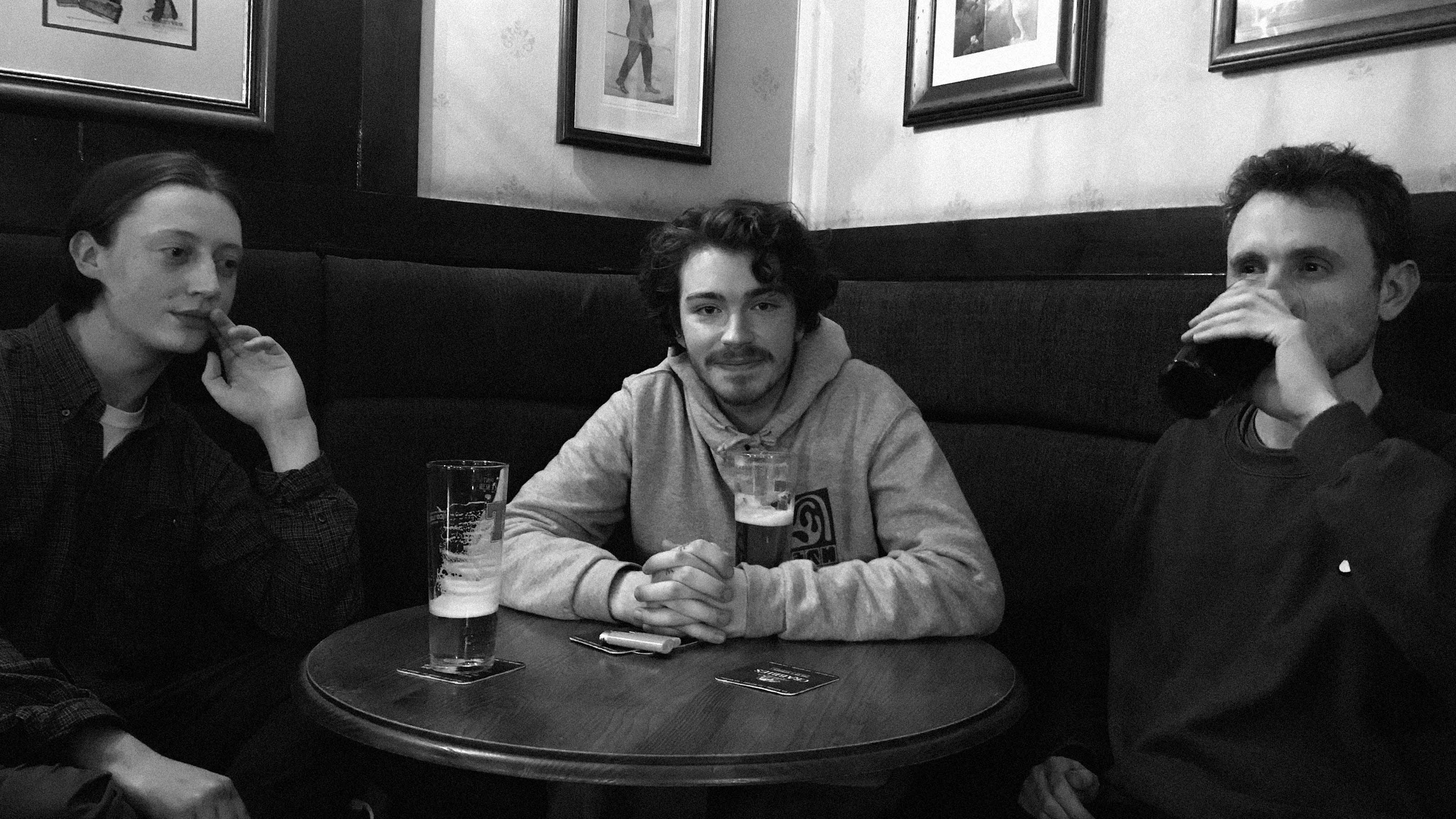 "While people left on the mainland deal with the power vacuum left by the inevitable and impending collapse of western civilisation, we’ll be on our new beach, vibing to John Holt records and drinking Guinness out of coconuts. Season 4 of ‘Fargo’ as well."

The Scottish label, 12th Isle is quite the mystery, their online bio simply reads: "record label and semi-regular nightlife excursions", but not much else is known about the enigmatic trio, Fergus, Ruaidhri and Stewart.

Their label and the events that they host run parallel, playing out and distributing music that doesn't have much in common with the usual streamlined club grooves. Instead, they dance in an unforeseeable void that likes it leftfield, crossing styles including hip-hop, house, ambient, abstract, experimental, dub, jazz, derivates of techno, sound collage, rhythmic noise, illbient, drone, trance and even non-music.

Their artist roster consists of Canadian one-of-a-kind producer RAMZi, Glasgow based sound explorer and Phase Group label co-runner Lo Kindre, Paris based DJ and producer DK, London based trio Pataphysical as well as a bunch of mystifying producers from the Russian Federation.

This month, the three souls that hang out on the 12th Isle have prepared a mix that blends their musical love affairs into an hour-long journey, that makes deep listeners enter an unknown consciousness with the mind-expanding sovereignty of musical storytelling that does not follow pre-written lanes.

To shed some light on the esoteric 12th Isle, we asked them a few questions that will give their friends and fans some clues about what they are, what they might do next and how they feel. Experience!

Q. What do you intend to achieve with the music you release on 12th Isle?

A. To bring the audience into our world and hopefully for them to feel some way about this music that we are pushing. Possibly for the records as objects to linger beyond the digital realm. Or not. For people in decades that might stumble across our little moment in time. We also want recognition for our friends.

Q. From what we can decipher the 12th Isle artist roster is, besides some Scottish locals, very international. How do you get in touch with producers like Ramzi and do you have some more international people coming up on the label?

A. The connection with RAMZi was through organising an initial party with her in 2016. It was decided very quickly that she would write an album for the label, and we stayed good friends. The roster is very international, but there is almost always a pre-existing bond with the artists. Coming up on the label there will be more music from Russia, a double LP from Greece and a new-school Kosmische style album from Baltimore. Plus, more local music of course. Probably best we keep it at that for now.

Q. What process do you follow for getting new label artists?

A. There is no established process.

Q. How important are the non-musical components of your releases, i.e. packaging and album art?

A. The visual side is a big part of the project and helps us slowly sculpt the 12th Isle world from release to release. The foundations were laid on a poster for our first party, and this has grown and mutated organically with each record. Each sleeve points to a specific geographic area of the Isle that its music dwells in. The map is constantly expanding and changing shape across all our visual and sonic output, the two being pretty interwoven by this point.

Q. What are three albums that you'll absolutely never get tired of listening to?

A. We’ve been putting the money made from our digital sales aside in order to buy an actual island, where we’ll be retiring to sometime around May. While people left on the mainland deal with the power vacuum left by the inevitable and impending collapse of western civilisation, we’ll be on our new beach, vibing to John Holt records and drinking Guinness out of coconuts. Season 4 of ‘Fargo’ as well.

Q. Please recommend two artists to our readers which you feel deserve the attention.

Q. How did you conduct your mix for EDWIN and what story is told in it besides the notes?

A. The mix ended up taking shape through each of us sending draft recordings back and forth, sequencing a couple of tracks at a time and waiting on one another to extend the recording with their choices. It’s not the ideal process but it worked this time. Featuring our latest record with D.K, some released and unreleased music from friends, plus assorted pieces of music we’ve been listening to lately.