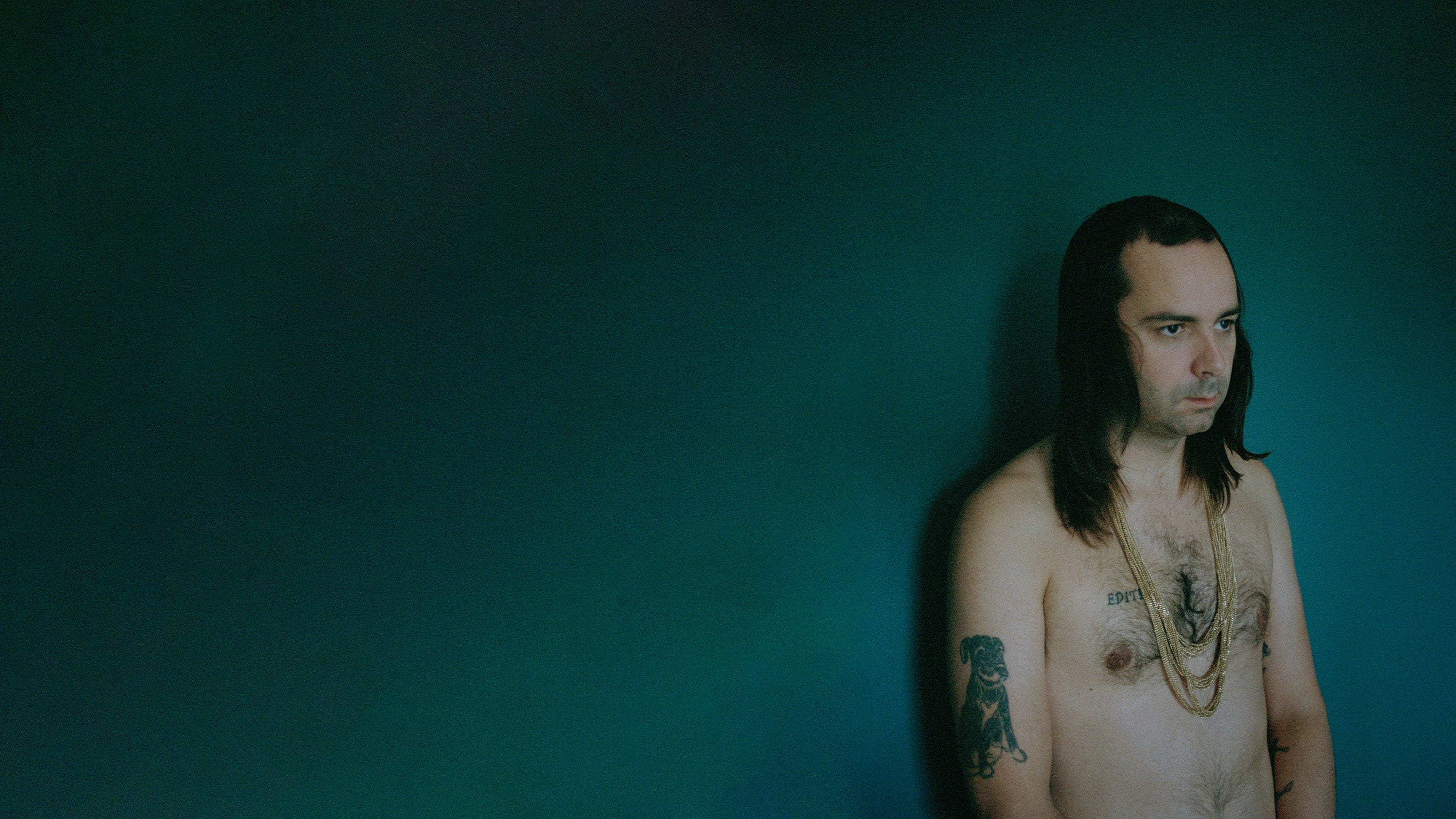 This month, The EDWIN Music Channel features an exclusive live recording of Peder Mannerfelt's last DJ set before the global lockdown. Brought to you from a loft space in Brooklyn, his mix melds his very own productions alongside the likes of Kraftwerk, Redshape, The Knife, Bjarki, Donna Summer, LFO and Daft Punk, all mixed without blinkers for one last wicked, wild party night.

Since 2006, Swedish producer Peder Mannerfelt has been dropping highly individual music in an altogether different dimension. As one half of 'Roll The Dice', he first explored the world of ambient downtempo experimentalism with his buddy Malcolm Pardon. He also lent his production skills to Fever Ray’s acclaimed debut album and 2017’s Plunge.

As a solo artist, he investigated the direct pushing power of techno under the alias 'The Subliminal Kid' and since 2012, he's released his own music under his given name, pushing the techno and house limits with experimental edginess on labels like Digitalis, Numbers, Hinger Finger, Lazy Tapes and his very own imprint Peder Mannerfelt.

As a live performer, he also likes inescapable energy waves, filtering his techno vibes with moving melodies and illusory deepness. As a DJ, Peder brings old and new tunes together in order to send them dancing with crooked tracks, strange electronic seducers and simply pushing minimal beauties by known and unknown producers.

Enjoy the trip and don’t forget to read the little interview we did with Peder about his EDWIN mix, his take on melodies, upcoming releases and more.

Q. Hey Peder, you've released music since about 2008 (to our research!) with others and solo. What kicked-started your musical passion and when? And what was your first encounter with music that has stuck in your memory? Please share a bit about your history with us.

A. Actually, my very first record came out back in 2006 in the merry old blog house days as The Subliminal Kid.

Music has been the main focus and drive in my life ever since my brother who is seven years older than me, schooled me in 80's hip-hop like Public Enemy, Run DMC, De La Soul, Afrika Bambaataa, The Fat Boys and of course Kraftwerk. This was the constant soundtrack of my childhood from as early as I can remember. I am pretty sure this formed me and my musical preferences. Later on, in my teens, I set out to discover music on my own which resulted in a trail of metal and hardcore that got harder and more obscure. After getting as far as I could with that I got interested in weirder and more electronic sounds, Warp etc (the usual suspects) which led me into techno and the present day.

Q. In times of a global state of emergency due to the Coronavirus outbreak, do you reflect your emotions on the situation with new music?

A. Just trying to push through and get as much stuff done in the studio as possible. Also, pretty nice to be home with the family every weekend for a change. Been doing a lot of gardening with my partner which is a very good form of therapy, being outside working with the body instead of the mind.

Q. What exciting stuff do you have in the pipeline currently?

A. There's a whole lot in the pipeline, both for myself as an artist and also on my label Peder Mannerfelt Produktion. The closest thing is the debut EP by an artist call OnScreenActor that's going to be out at the end of June. It's been a long work in progress and I'm so incredibly inspired and dumbfounded by how freaking amazing that record is! Then I have a whole bunch of remixes and features on compilation releases coming out in the following months. Also, working on exactly 10,000 different things and projects at the moment but there will be at least one more (maybe two?) solo EPs out this year on different labels.

Q. How important is the “dancefloor” in the music you release and what does music for the dancefloor mean to you?

A. It's crucial and totally superfluous at the same time. I love being in a sort of grey zone where I make stuff that is engineered to be a precision tool for the dancefloor but also turns everything backwards and on its head. At least that's what I’m trying to make, maybe it just comes out as a bunch of bleeps and farts with stupid kick drums.

Q. Which of your own tracks/productions are you most proud of?

A. I still rate "I Love You" very highly both as a concept and the way its executed, I’m forever thankful and in awe of what Glasser/Cameron brought to the table here and how it further depends on the sensation of the song.

Q. What is your take on melodies? What do you love about them? And how do you avoid the cliché?

A. Hmm, that's a tricky one but I think the more clichéd melodies, the better. Once you try to be smart it will just complicate things and I find its usually more impactful to pair a totally spaced out production with a sweet melody. Or the other way around, but I'm not a skilled enough musician to pull that off. I like to play with contrast and have a counterpoint of some sort.

Q. How did you select the tracks for your EDWIN mix?

A. This is a live recording, the last DJ set I played before the global lockdown. It was at the Long Count seven-year anniversary at an amazingly wild loft space in Brooklyn. A few sloppy mixes and cheeky spinbacks but brings back warm fuzzy memories of an electric night with a completely locked in-crowd and vibes to live on for weeks.